Blog - Latest News
You are here: Home1 / Articles2 / Samkhya Philosophy for Children of all Ages

Once upon a time, there was a planet called Purusha. You could say that Purusha was a perfect place to live. Everyone was happy and there was a sense of timelessness and limitlessness. In fact, the people of Purusha were absolutely complete in every way. The only problem was that in all that vast kingdom there wasn’t a mirror to be found. Without a mirror, the Purushans couldn’t see themselves, and in fact, couldn’t know themselves at all, because in Purusha there was no sense of  separation

One day the Purushans heard about a far away planet called Prakurti, where it was possible to know one’s self in a world of duality, with the world out there and a separate “me” to experience it. This world of duality could be experienced through sound, touch, sight, taste and smell, so it was like having a mirror for all five senses. By traveling to Prakriti, the purushans would be able to have all of the limitless peace and joy of planet Purusha and also to know themselves as joyful, a journey of learning of exploration and learning, to return to Purusha enriched and more self-aware.

To make the journey to planet Prakriti, the Purushans needed spacecraft that could withstand the atmosphere when they arrived, so they built their ships from the same five elements that composed planet Prakriti – earth, water, fire, air, and space. Each ship was hand-crafted and had individual characteristics, but overall they fit into three basic models: the kapha ships were dense and solid, the pitta ships were fiery, with powerful engines, and the vata models were light and quick.

The ship itself was called Body. At the center of each ship was the main occupant, called Spirit, which carried the essence of limitless joy, the hallmark of planet Purusha. Each ship also had a pilot called Mind. Only through the integration of Body, Mind, and Spirit would the journey be possible.

All the ships left Purusha together, but each had a unique journey. The kapha crafts were heavy and slow, but made steady progress. The pitta craft excelled in perfect performance, but when things went wrong, time was lost going over details again and again and looking for who to blame. The vata craft had the most exciting journey, exploring different universes and planets, but more than once forgetting where they had left the keys to the spaceship and losing time. In the end, all the spaceships arrived at the same time.

As they neared Prakriti, the pilots prepared the sensing devices they would need for exploration.  One set of sensing devices was the jnanendriyas, or instruments for knowing, such as ability to hear, touch, see, taste, and smell. The others were instruments for action called karmendriyas,  such as ability to speak, touch, move, grasp, eliminate waste, and even to procreate little Purushan ships.

As the ships neared planet Prakriti, they encountered a series of unexpected storms that form part of its atmosphere. There were storms of tremendous energy and turbulence, called rajas. There were also doldrums, called tamas, in which nothing moved at all. These cycles of rajas and tamas were interspersed with moments of perfect balance, called sattva, when the journey flowed smoothly and effortlessly.

All the ships managed to reach planet Prakriti, but the journey was a costly one. Most of the pilots arrived traumatized and suffered from chronic recurring amnesia, in which they forgot their original mission of exploration and self-knowledge in order to return to planet Purusha. They became mesmerized with the sense experiences on planet Prakriti, and came to believe they were there just to experience their equipment and drive their spaceships around in circles. This pattern of driving their ships around in circles, comfused about their mission in life, was called Samsara.

There were a few,  however, who remembered their true identity and purpose. These were called the Rishis, or seers, and Gurus, the ones who could lead the people from the circular trafficpatterns of planet Prakriti, back to the light of Purusha.Those that decided to make the trip back first needed to repair their ships from the chronic stress from sensory overload common on planet Prakriti. These repair stations, used a science called Ayurveda to put the five elements the ships were made from back into balance. Sometimes all of the ships’ systems had to be completely cleaned out, in a process called Panchakarma. Once in balance, the ships needed to have a path laid out for their journey home, and one of the clearest of these was compiled by a Sage named Patanjali. A manual on return to Planet Purusha in 8 steps, called Ashtanga Yoga.

The first two steps, called yama and niyama, were guides for conduct and behavior on the journey home. The third step, asana, was for keeping the ship stable and comfortable to ensure its structure along the way. The fourth step, pranayama, involved having adequate energy for the journey and using this energy wisely. The fifth step, pratyahara, involved removing the attention of the pilot from all of the distractions on planet Prakriti so they could re-focus on their true mission. The sixth step, dharana, involved setting a course and staying that course all the way home. The seventh step, dhyana or meditation, is the journey itself, with all the ship’s systems (Body, Mind, and Spirit) functioning in an integrated way, guided by Budhi in contact with Mahat to maintain a continuous communication with the energy of peace and joy from planet Purusha.

Through this system, many of the ships were able to return home, and once there, reassume their true identity as citizens of planet Purusha and return to a state of perfect happiness called samadhi, the final step, but not the same as when they left. Now they had with them the mirror of knowing. They knew planet Prakriti and the world of duality and now by returning to planet Purusha they were complete and whole and knew it to be so.

The final and deepest learning from this journey is that planet Purusha and planet Prakriti are actually one and that the world of matter and the world of spirit are not opposed to to each other, but that our own version of planet Prakriti, called Earth, is calling out for us to treat her with love and reverence so that Purusha and Prakriti may live together in peace and joy happily every after. 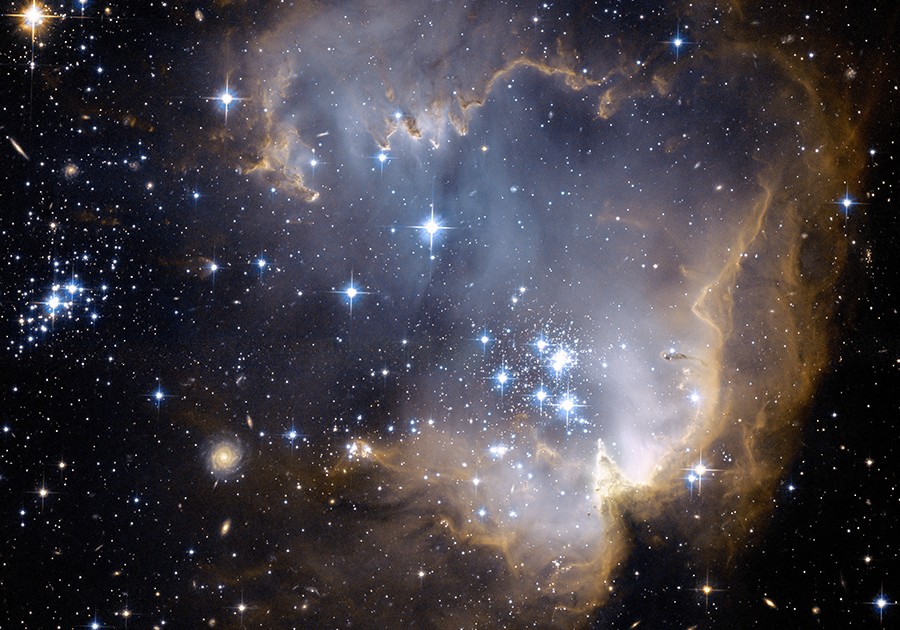