Blog - Latest News
You are here: Home1 / Articles2 / History of Yoga – Part I 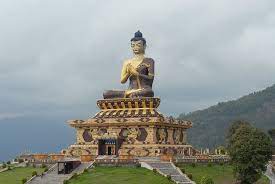 Follow below, the chronology of the History of Yoga:

2. Samkhya:  a philosophy that originated approximately three thousand years ago and still influences other yoga traditions that came later. The Origin of Jnana Yoga

4. Time of Buddha: Two and a half thousand years ago. Roots of Raja Yoga.

It marks the beginning of yoga traditions that did not accept the authority of the Vedas and which are essentially psychologies and not religions.

5. Codification of Yoga until then by Patanjali: two thousand years ago. Raja Yoga

Development of Meditation as a science.

Importance of spiritual powers in the practice of Yoga.

Embryonic origin of the Chakras and Tantra Yoga.

The body as a vehicle replaced an obstacle to spirituality.

The use of the senses, color, shape, sound, as paths for the spirit.

7. Epoch of Hatha Yoga: A thousand years ago.

Strong influences from Patanjali and Tantra.

8. Age of Modern Yoga: From a hundred years to today.

Revival of India’s traditional culture through a disillusionment with colonialism and modernism. The influence of Yoga in the West and the reinvention of Yoga as a psychophysical discipline. The Yoga teacher as an agent of transformation of society in terms of physical health, psycho-emotional integration and recognition of spiritual growth as the purpose of life.

The use of sound to unite with the sacred

Ancient India represents a mixture of indigenous and Central Asian influences;
The Sanskrit language originates in Central Asia and forms the basis of Greek, Latin, English and other European languages;
The Sanskrit language is much more than a form of communication. He is the source of the creation of the universe and the divine in manifestation, but at this time only through the priests;
The sound of OM and the use of sacred mantras is the legacy of this tradition;
The word mantra means: “One who carries the mind”. It fills the mind with positive intentions that replace patterns of negativity;

Control of attention and breathing

The religion of this civilization is encoded in the Vedas which are collections of prayers dedicated to over one hundred deities. Veda means knowledge;
The most important of all the Vedas is called Rig Veda, and is composed of more than one hundred and ten thousand mantras in honor of more than one hundred deities. The most famous mantra in the Rig Veda is the Gayatri Mantra;
This civilization was organized into castes: 1st the brahmins – priests; 2nd the kshatrias – politicians and warriors; 3rd the vaishyas – merchants; 4th the shudras – workers;
Represents a segment of society specializing in spiritual practices;
The Brahmans were a very powerful group, because communication with the deities and obtaining the favors and blessings of these deities was acquired only through them;
Memorizing the vedas and chanting them required attention and breath control which is a foundation of Yoga.

Initially, the practice of Mantras was used as a vehicle for supplicating goods and blessings to the deities.
These deities are archetypes of universal qualities that exist in the cosmos and in our own consciousness. Ex: Ganesha = protection; Saraswati = Creativity; Lakshmi = material and subtle wealth: Shiva = purification, Savitri = sun as a symbol of spiritual enlightenment.
Mantra serves to purify the mind because it offers a fixed, positive, repetitive point of concentration. 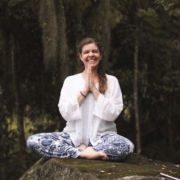 The Sixteen Qualities of Authentic Being 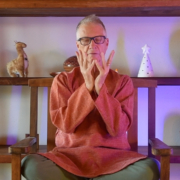 The Art and Science of Yoga Therapy and the Five Koshas

Samkhya Philosophy for Children of all Ages 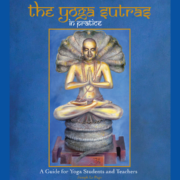 Patanjali’s Yoga Sutras as a Journey of Healing 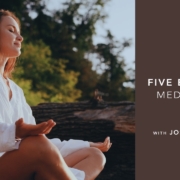 5 Elements Meditation
Samkhya Philosophy for Children of all Ages