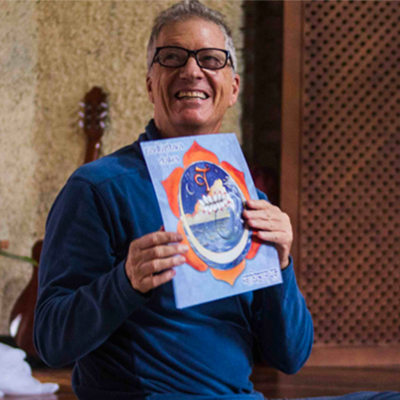 Joseph’s innate desire for wholeness led him to his first Yoga class in 1973, and his first meditation retreat at the Tibetan Buddhist Samye Ling Tibetan Center in Scotland, with his first trip to India in 1975. He made six subsequent journeys to India for study in Yoga, Yoga Therapy, and Ayurveda. He is a graduate of Kripalu Yoga Teacher Training and Phoenix Rising Yoga Therapy training. His master’s degree in teaching has supported his development of experiential education methodologies.

He founded Integrative Yoga and Integrative Yoga Therapy in 1993, and is a pioneer in the field of Yoga therapy training programs. He began teaching yoga therapy in hospital settings in 1995 and continues up to the present as Director of The Healthy Heart Program, which conducts Yoga Therapy group programs in public health settings throughout Brazil. 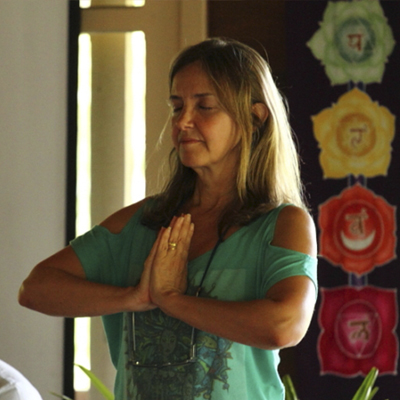 Lilian Aboim graduated in Biology from UFRJ (Brazil) in 1983 and, in 1984, received the Yoga Teacher Certificate from the Vayuananda Yoga School. She also completed the three-year Vedanta study course on the Bhagavad Gita from Vidyamandir, associated with Arsha Vidya Gurukulam. She has been teaching Yoga since 1985, and in 1997 became an Integrative Yoga therapist. Lilian’s gentle style of teaching focuses on pranayama, mudra, bandha, meditation, and deep inner awareness in the Yoga poses.

Between 1992 and 1999, she designed Yoga courses in the Brazilian Internal Revenue Service, implementing programs in quality of life for the employees. Lilian is co-founder of the Enchanted Mountain Yoga Center and has directed and taught the program “Repainting the Rainbow of Your Life” for people with depression and anxiety within public health services in Brazil. Lilian is a well-known conference presenter, including Festival de Yoga Araxa in Brazil and Festival Internacional de Yoga da Ilha da Madeira in Portugal.  She is the co-author of the book Yoga Toolbox for Teacher and Students, one of the most widely used materials in teacher training programs in the US and in Brazil, published by Integrative Yoga. She is also co-author of the book Mudras for Healing and Transformation, also published by Integrative Yoga.